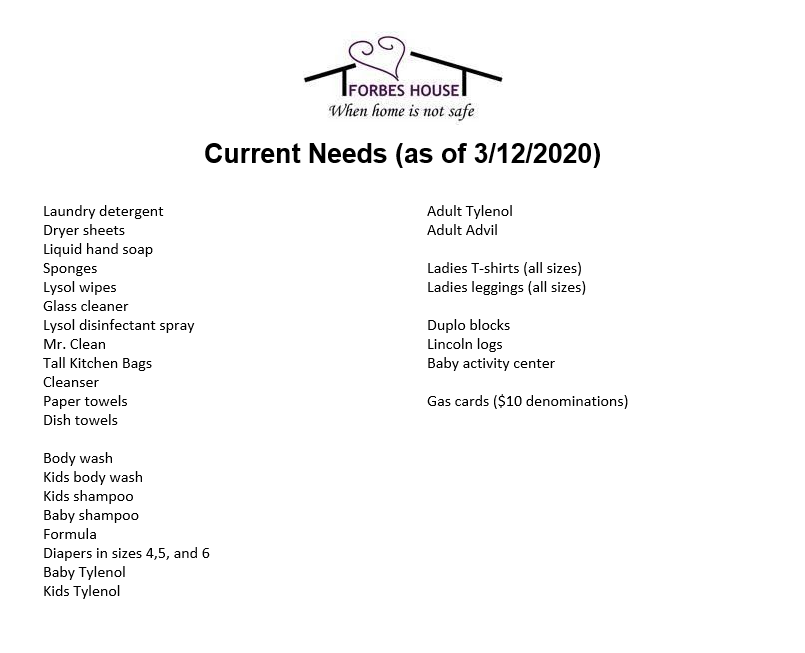 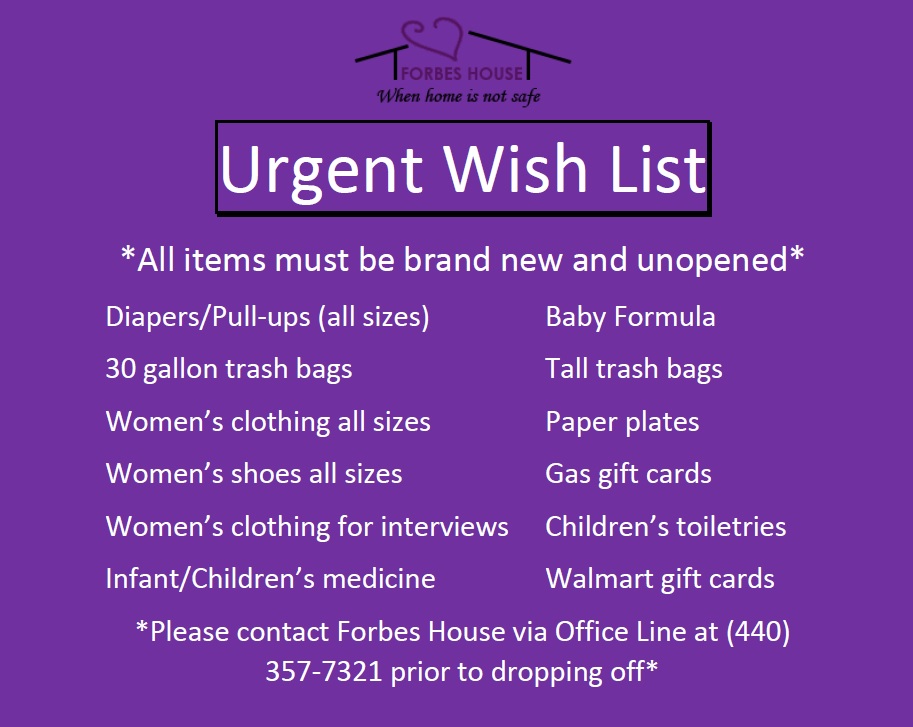 This Wish List contains items that our clients use daily at the shelter. Crisis items are listed at the top – our clients rely on Laketran, so bus passes are always one of our most pressing needs!

To make a monetary donation, send a check to our address at:
Forbes House
P.O. Box 702
Painesville, Ohio 44077

You can also donate on our website, using the Donation Form.